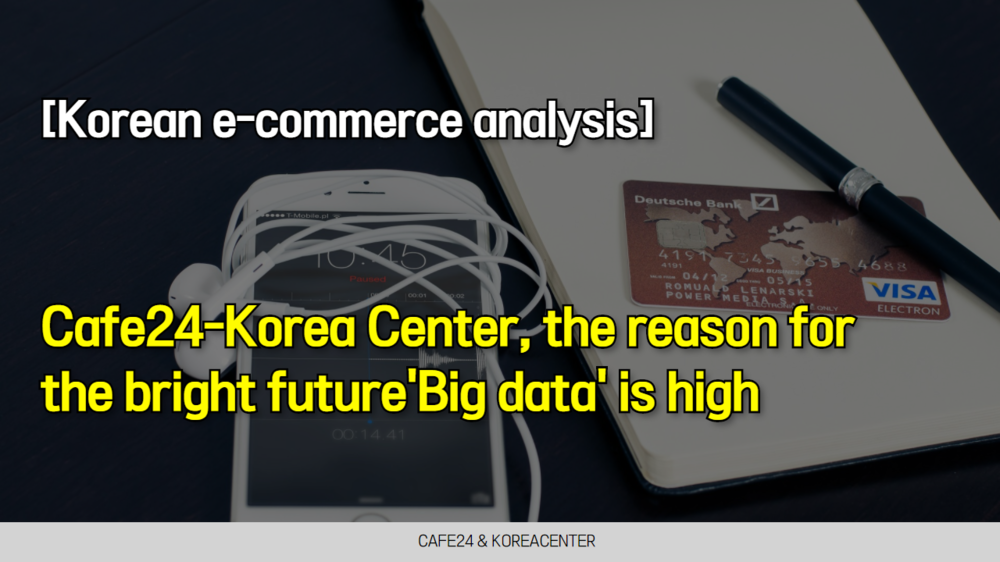 ◆Kim: Yes, today, I want to take a time to compare and analyze two e-commerce platform companies, Cafe 24 and Korea Center. Last week, if we looked at the Cafe24 business model and profit model in detail, today we will look at the two companies in detail, centering on the Korea Center.

◇Park: Yes, when comparing some data from Cafe 24 and the Korea Center last week, you analyzed that the business models of the two companies have developed in a similar way between 2012 and 2019.

◆Kim: That's right. Today we will focus on the Korea Center and talk in more depth. Looking at the sales by business division of Korea Center in 2012, service sales were overwhelming at 99.5%. However, in 2019, product sales increased to 57.79%, and service sales decreased to 39.67%. Here, service sales refers to sales generated by make-shops and malltail delivery agencies, and product sales refers to sales generated by sourcing and supplying overseas direct purchase products directly to Korea through malltail.

◇Park: Right. So, if you look at sales from local commerce such as make shops as service sales, product sales can be seen as sales from global e-commerce, Malltail. If you expand your business from domestic to overseas direct search, it seems like your sales will increase rapidly.

◇Park: By the way, isn't Cafe 24 ahead when it comes to online shopping transactions and the number of customers?

◇Park: By the way, Cafe 24 is also introduced on its website as a global e-commerce platform, right? Is it a little different business?

◆Kim: Café 24's business strategy puts more weight on supporting companies that have already succeeded in Korea or are interested in expanding overseas through online shopping malls, rather than direct overseas purchase.

◆Kim: But in fact, the Korea Center is also helping domestic companies to advance overseas through Makeglobi. However, it seems that the volume of transactions and sales are not so large yet. In fact, this is the same for Cafe 24. According to Mirae Asset Daewoo, Korea ranked first in the global e-commerce market penetration rate in 2018. Literally, Korea is one of the leading countries in the global e-commerce market. So, it can be seen that the overseas station direct market is not yet ripe, and is the early blue ocean. Since Korea has only 50 million people, if the global e-commerce market around the world is activated, a huge market will open up. Both Cafe 24 and Korea Center are moving in a slightly different direction, but in a larger context, they are interested in payment, logistics, big data, and artificial intelligence (AI), which are necessary after online shopping transactions.

◇Park: Through the know-how accumulated on the Korean e-commerce platform, Cafe 24 is expanding its business by focusing on overseas direct search and the Korea Center. In any case, the big context seems to be that both companies are interested in cross-border transactions in the future. Looking at the flow of establishing corporations and operating distribution centers in various overseas locations, beyond simply selling Korean companies and Korean products overseas, it seems that you are dreaming of cross-border e-commerce. In addition, in order to further advance the platform, we are investing with interest in payment, logistics, and big data.

◆Kim: That's right. The two companies that have led the Korean online e-commerce market since the early 2000s have a slightly different direction, but as a result, it seems clear that both companies are evolving into a global e-commerce platform based on the know-how and experience they have accumulated so far. Did somebody say that the oil of the future is data? These two companies seem to be the ones with a lot of data and with more potential for expansion in the future. Reporter Park Je-joon, you had a lot of trouble today. See you again in the next broadcast. Thank you.